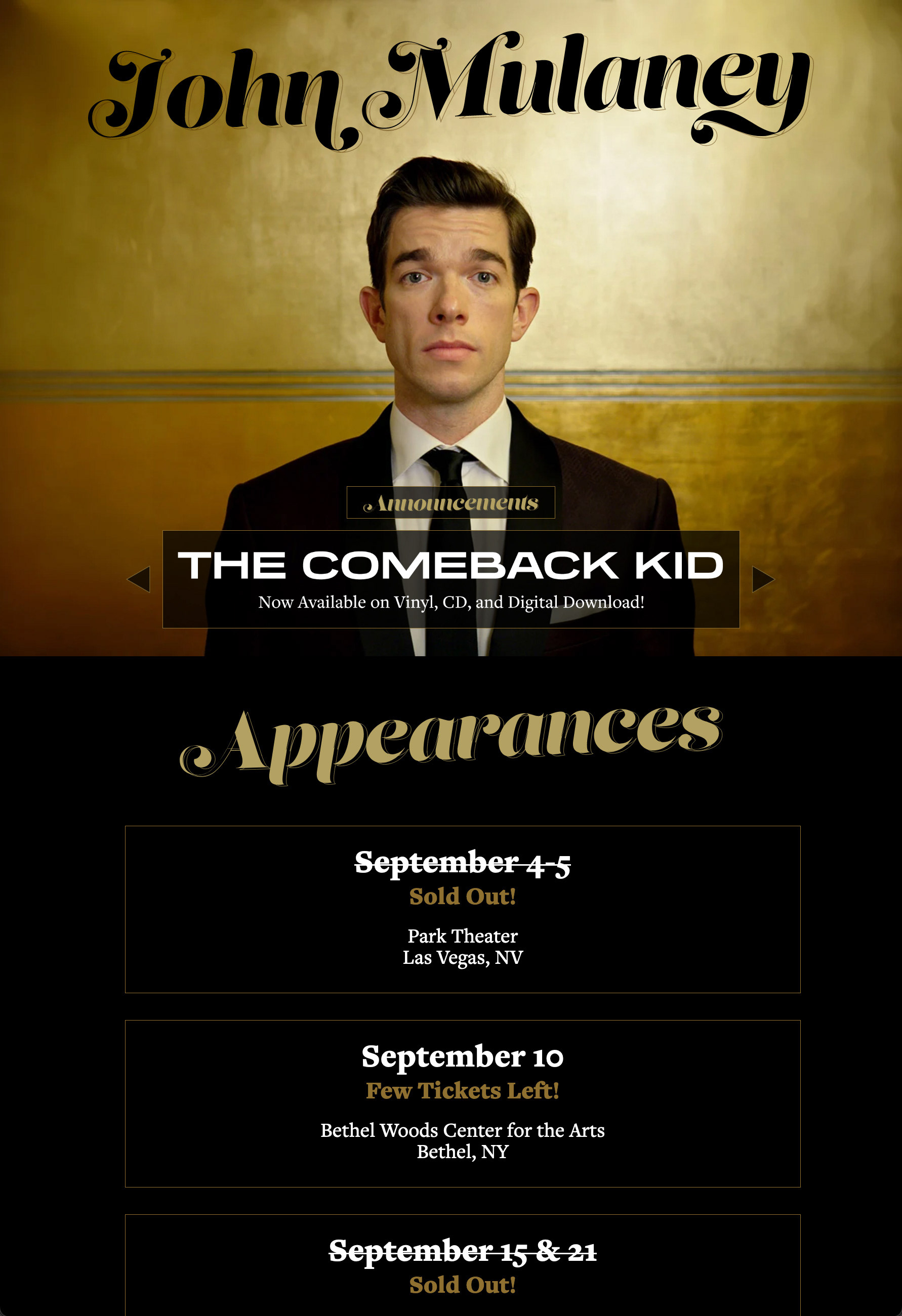 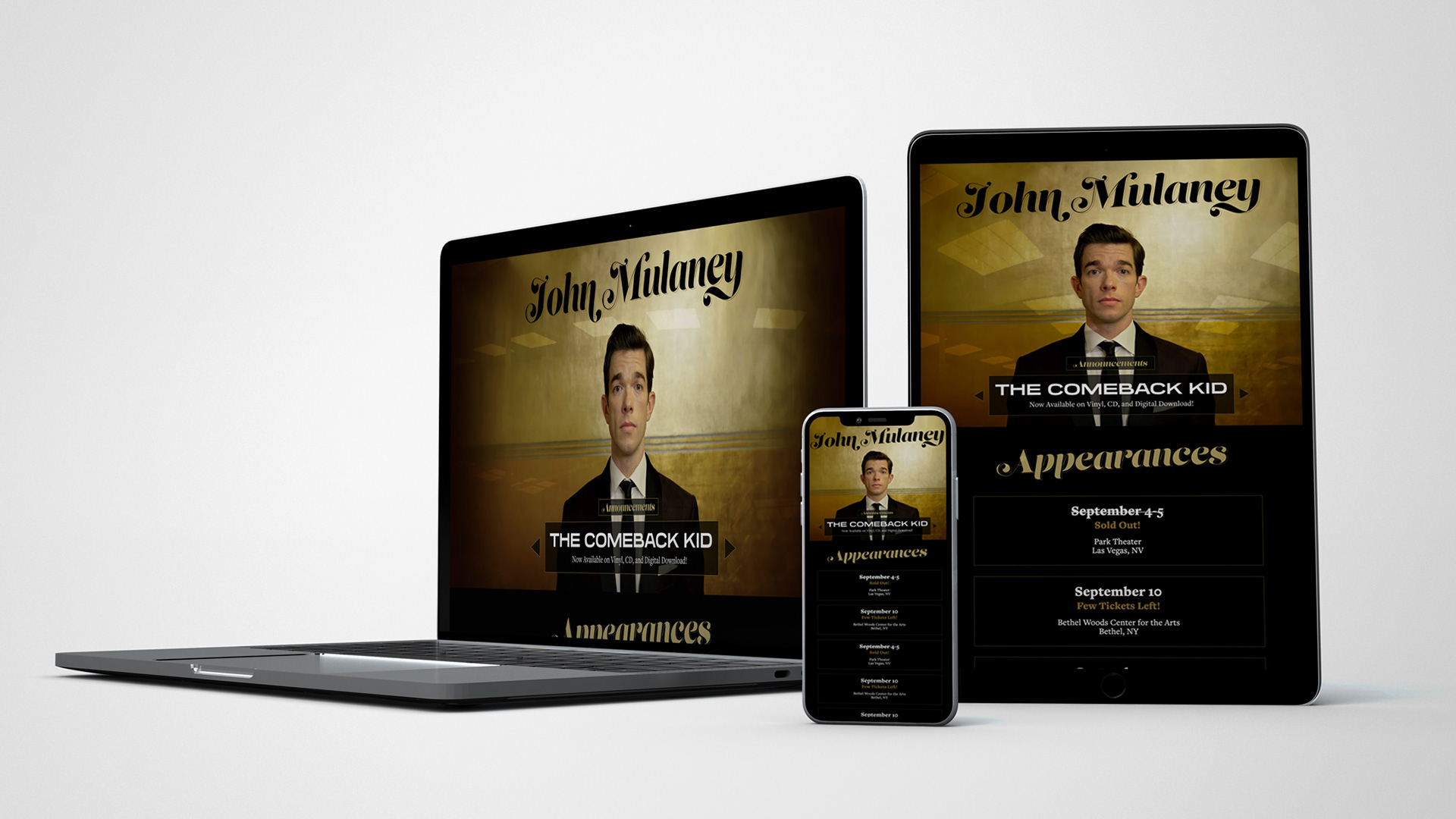 I built John Mulaney's current site back in 2019, and since then it's become an on-going project in website optimization.
Like many touring comedians John's site revolves around his tour calendar. However, he's such a well-known figure in comedy that he can get away with having a website that really only serves as a tour calendar. As such this is probably one of the most aesthetically-simple websites I've ever built.
John's more popular than ever and his new tour is driving massive amounts of traffic to his site, so while the aesthetic design has barely changed in 2 years nearly all of the code and images have been repeatedly streamlined and compressed to maximize performance & minimize bandwidth usage without visibly altering the design/quality. It's been a challenge!